Painted by Jon, interpreted by the public

In 2015, I won a competition sponsored by Open Studios in Boulder to create an image that would be turned into a huge paint-by-numbers project, resulting in a reproduction of my image, approximately 42′ X 30′, to be hung from a building in the center of Boulder. I completed an oil painting, below, that celebrated many of the things people love to do in Boulder, including making art. Thanks to Diana Blackburn for letting me paint the inner-tubers from one of her photos.

A photograph was taken of the image and computer software analyzed it. A production process turned it into 42 individual 5’x6’ pieces that the public had the opportunity to paint. (See examples of the painting party I went to, below).

The idea was to collect all the pieces once they had been painted by the community, then put them back together and unfurl the image on the side of a building.

This paint-by-numbers mural project, the second one of it’s type, was conceived by the Open Studios board of directors as a promotional and marketing project to accentuate the popular Open Studios artists tour.

“After 2+ years, an amazing original design by local artist Jonathan Machen, donated paint by McGuckin, countless hours of painting, patience and efforts from our friends at JVA Engineers, hat tricks by our friends at Circle Graphics, cooperation with our friends at WW Reynolds, much wrangling, and so many unforeseen challenges we can’t even begin to describe them in an email, the Community Paint By Number mural is being installed TODAY!! It was a bit touch and go with the city and our installers up until the last minute, but our amazing volunteer and former board member, Matt Cohn, pushed through and has made it happen!” 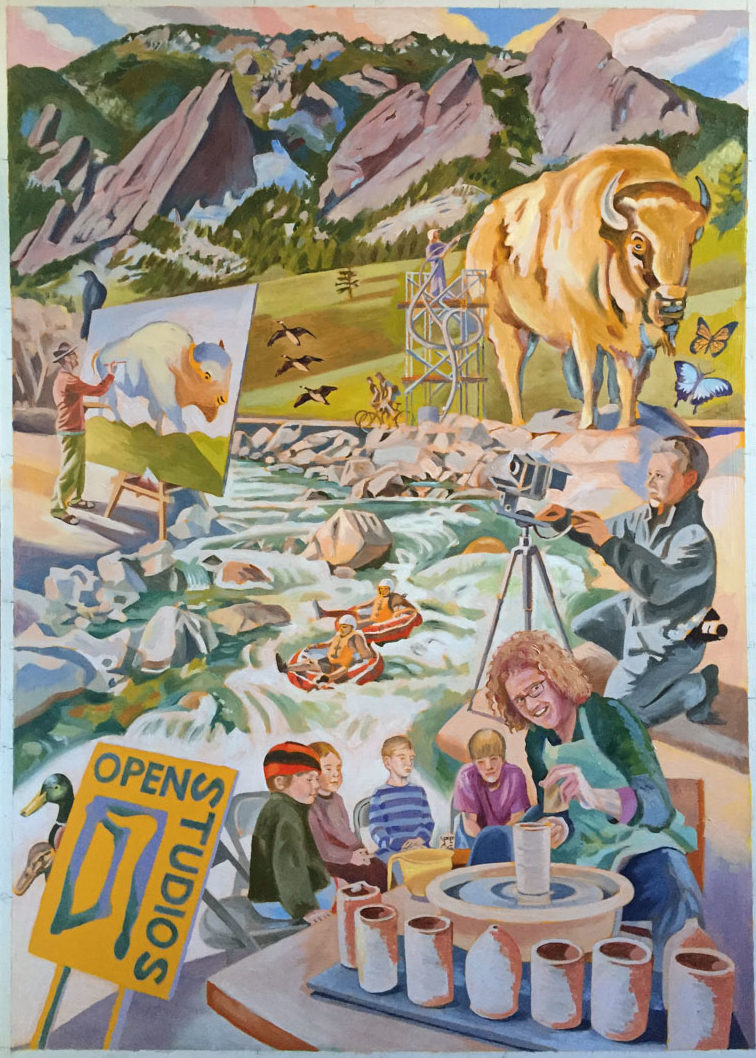 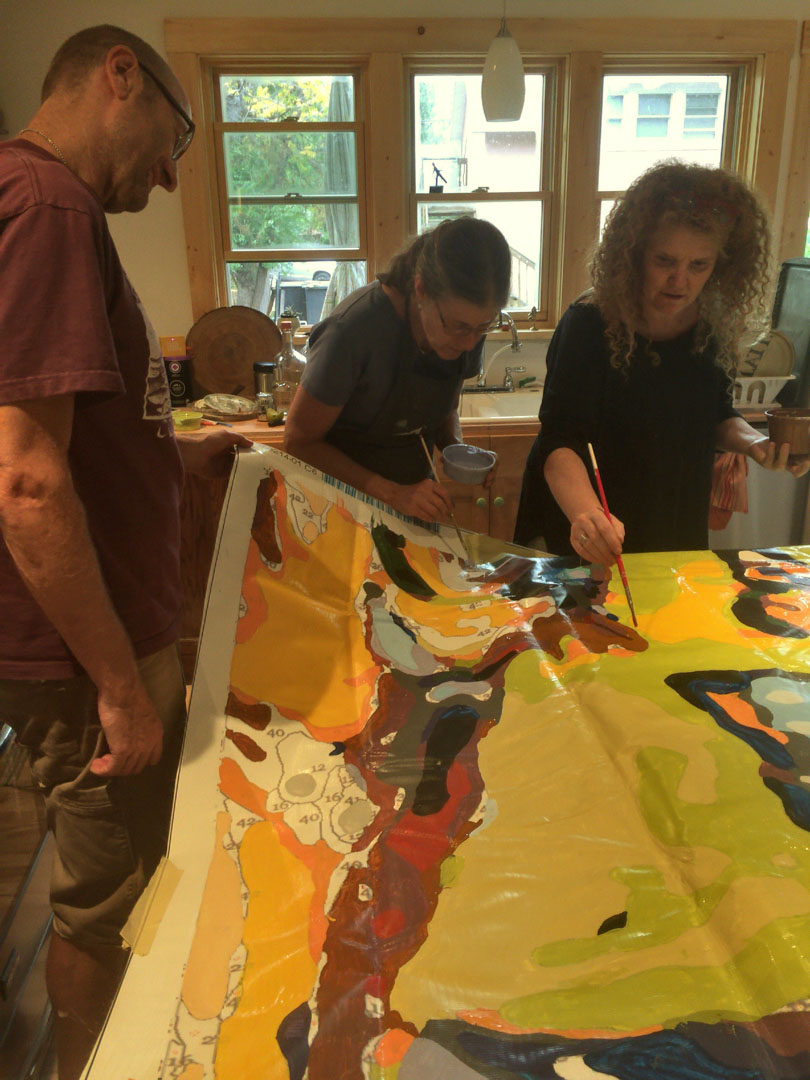 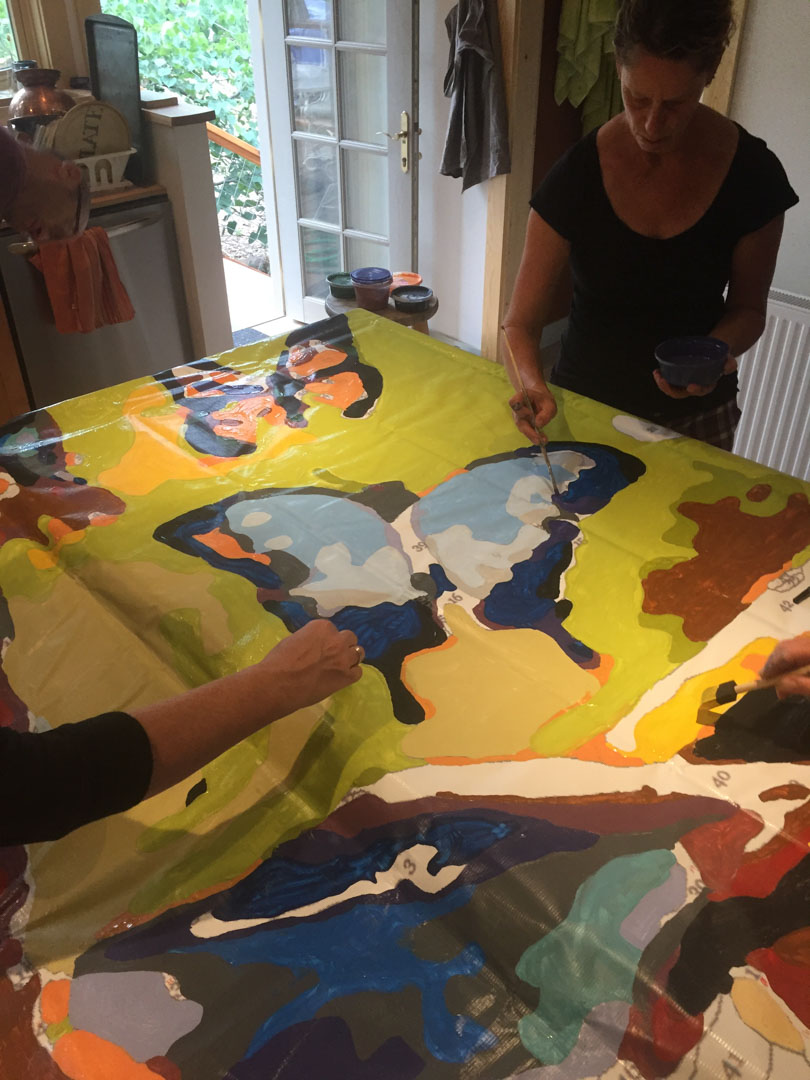 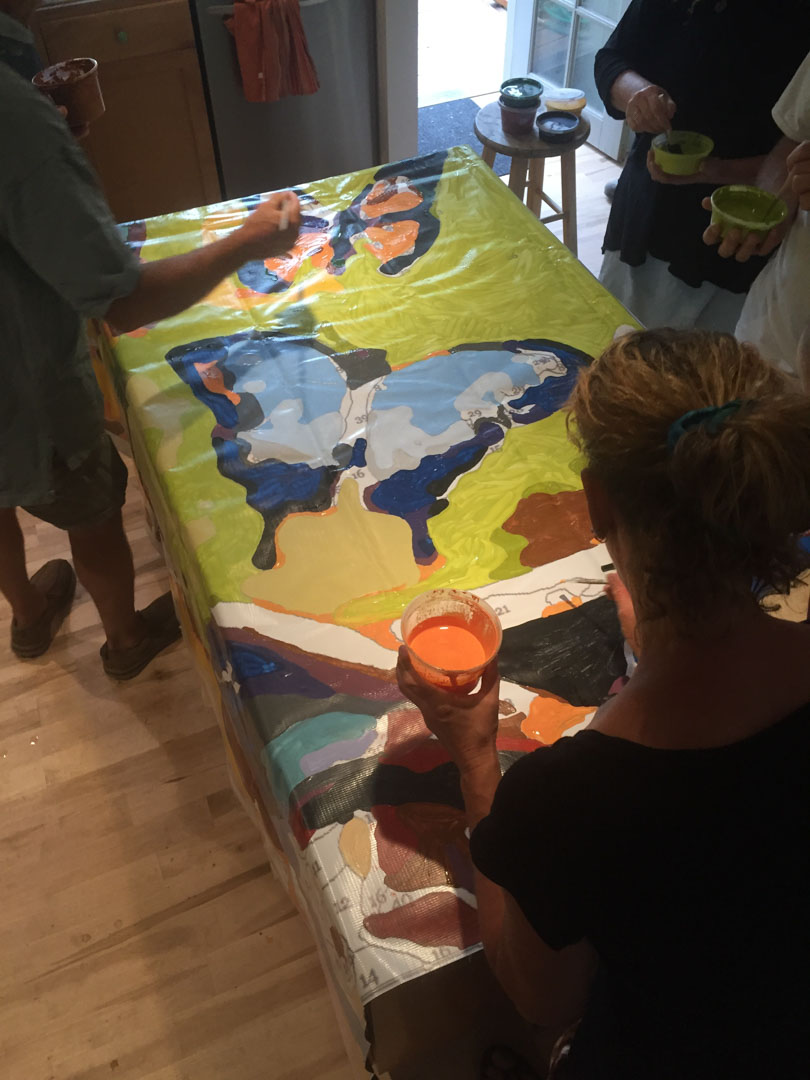 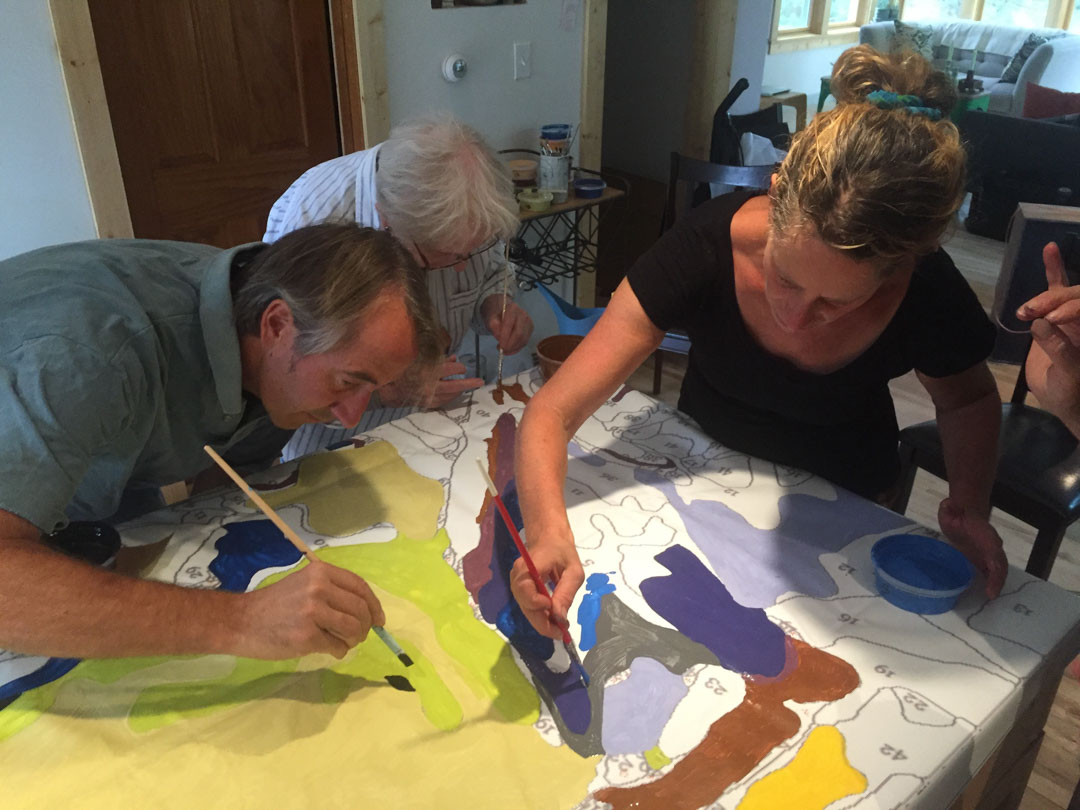 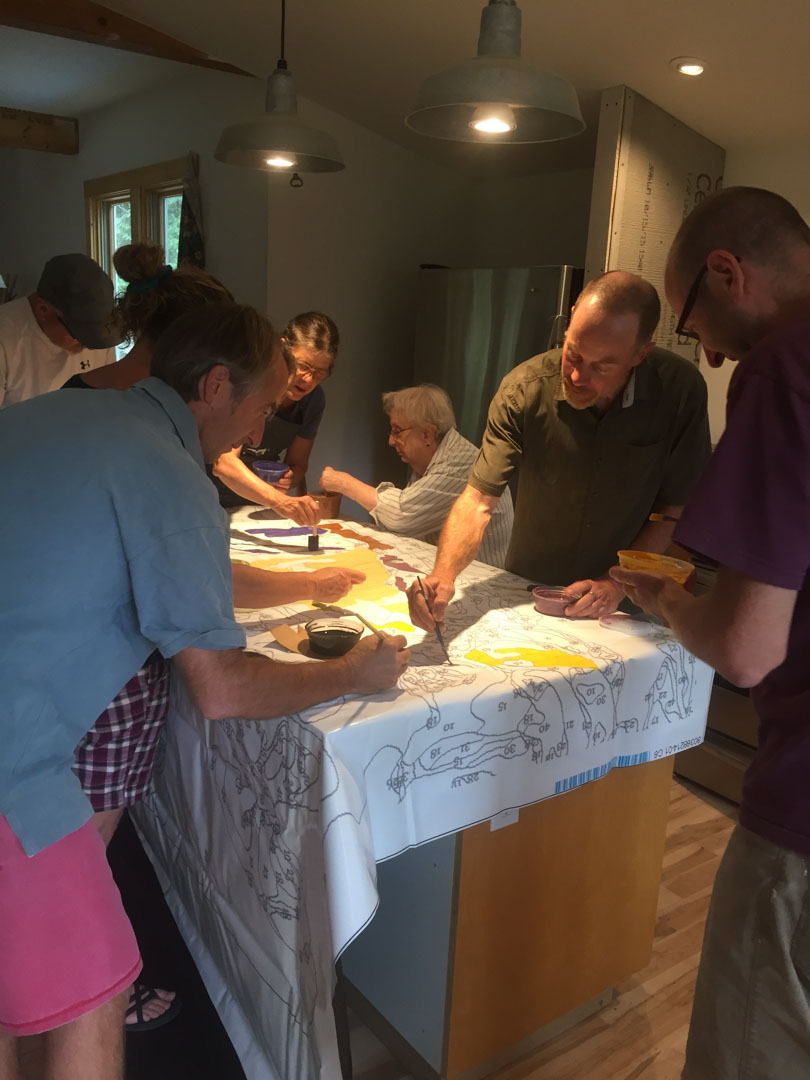 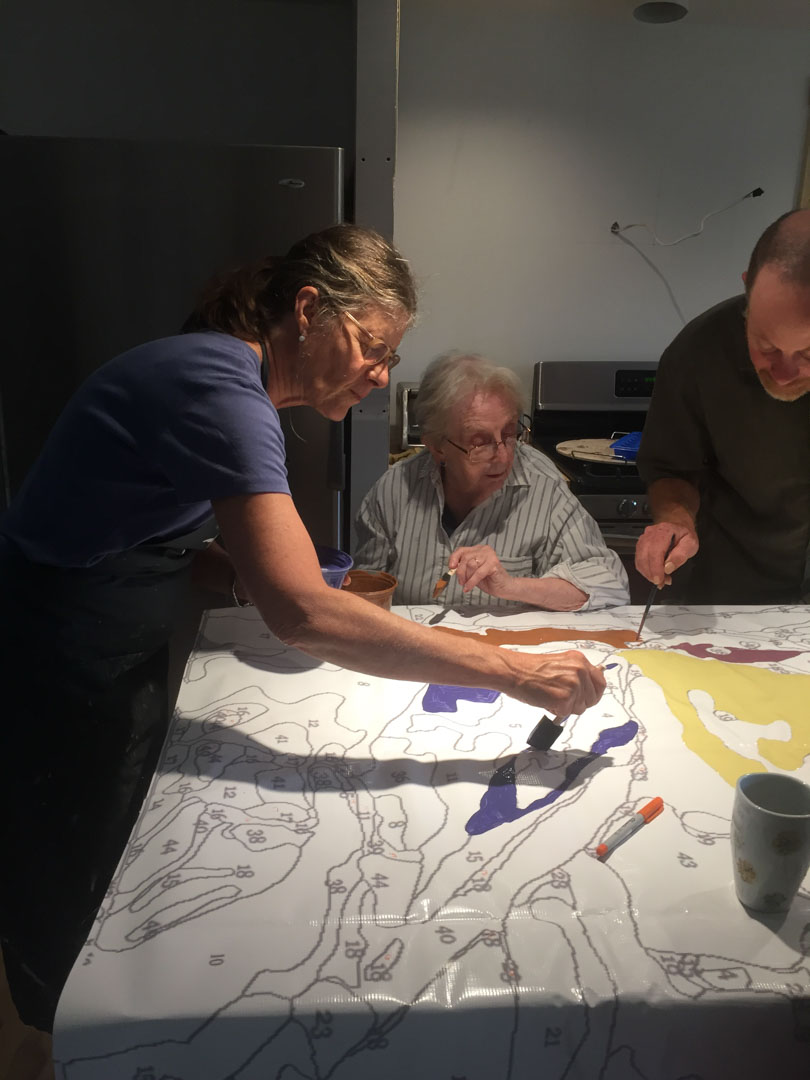 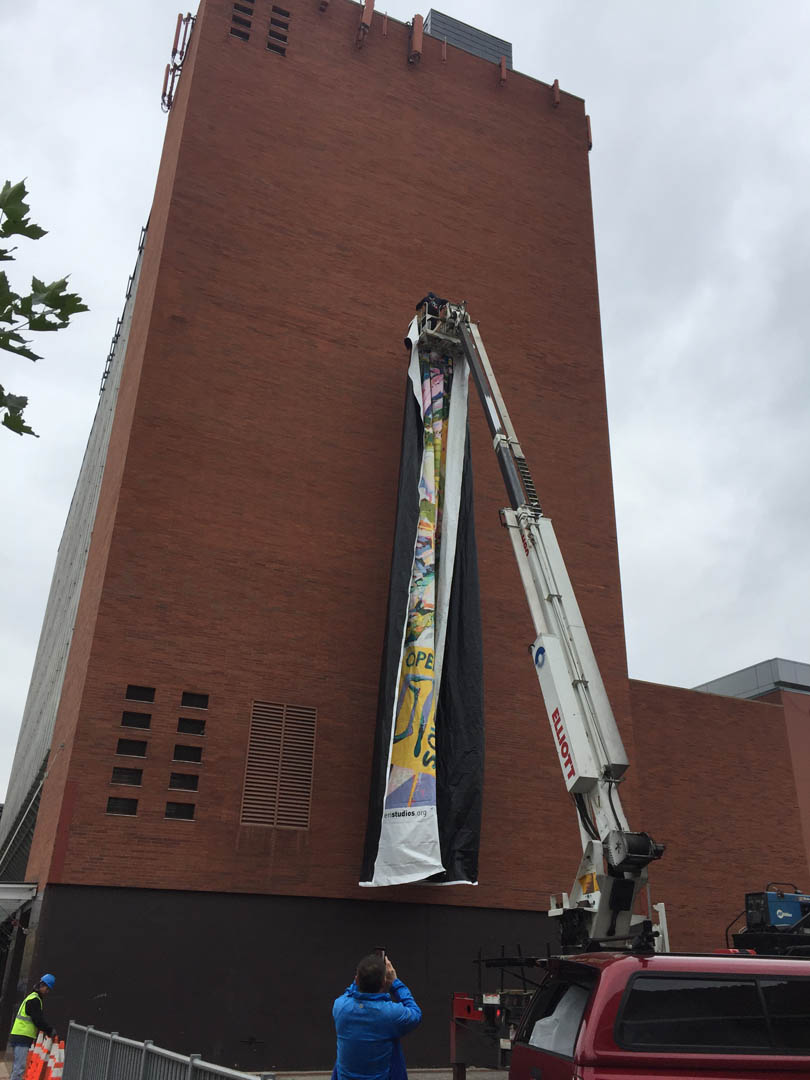 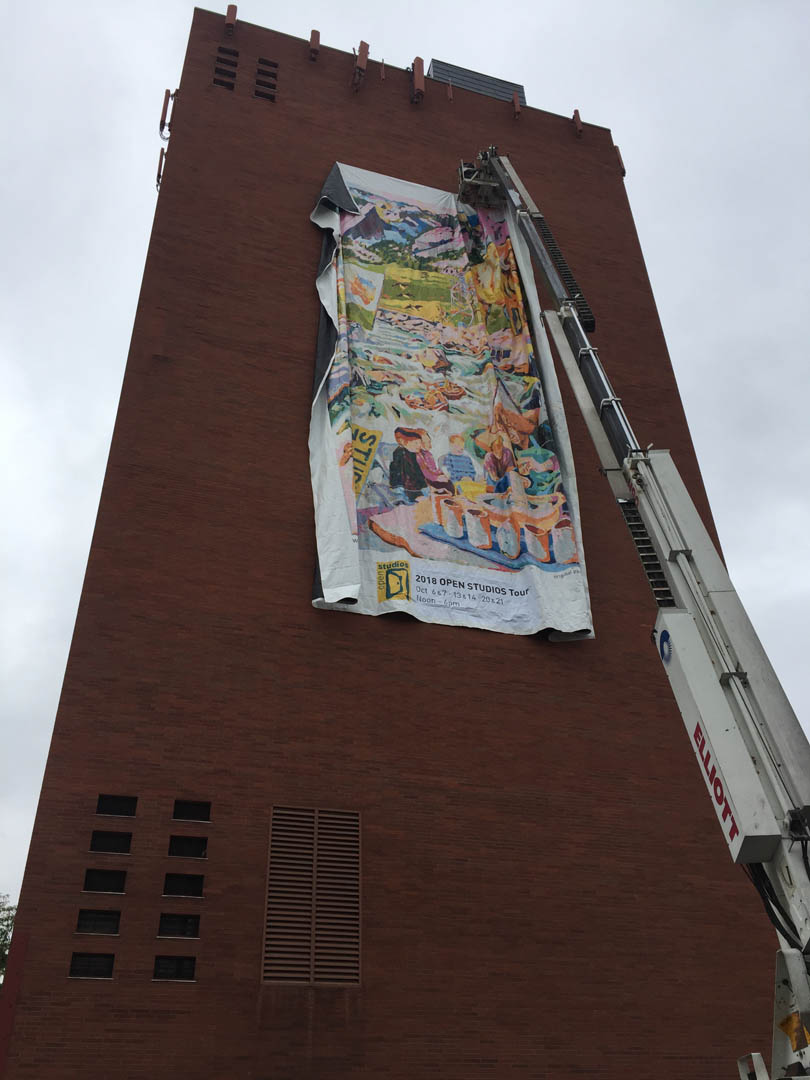 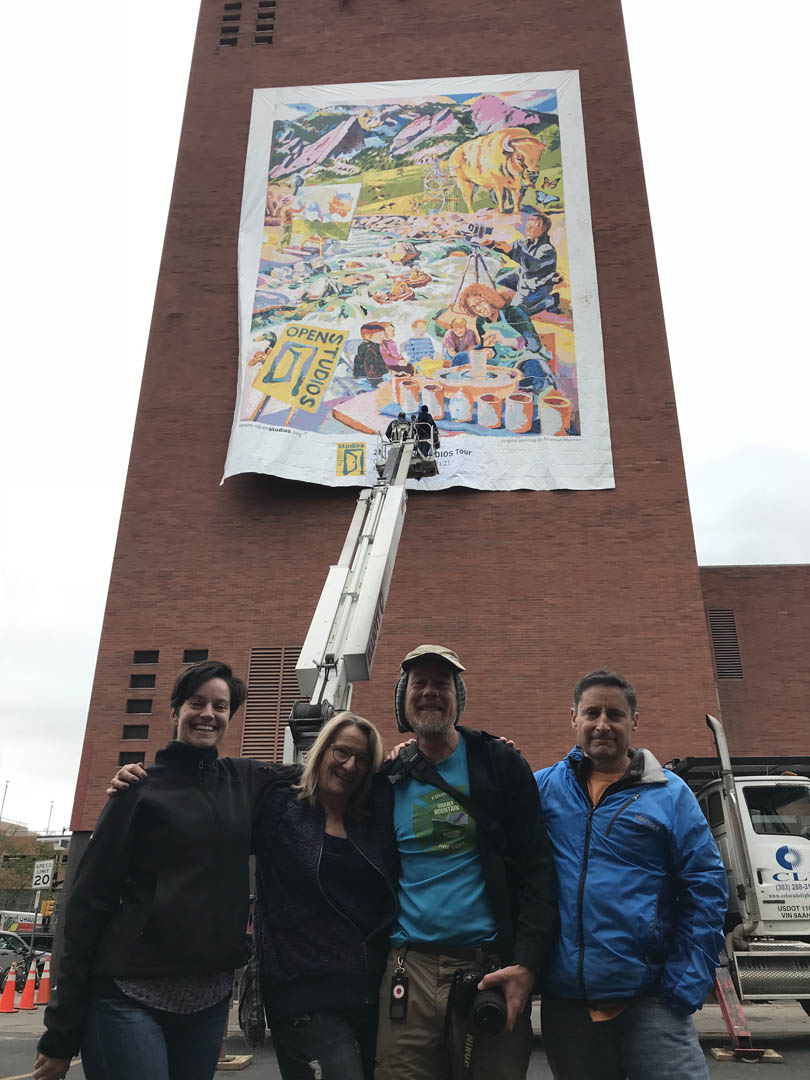 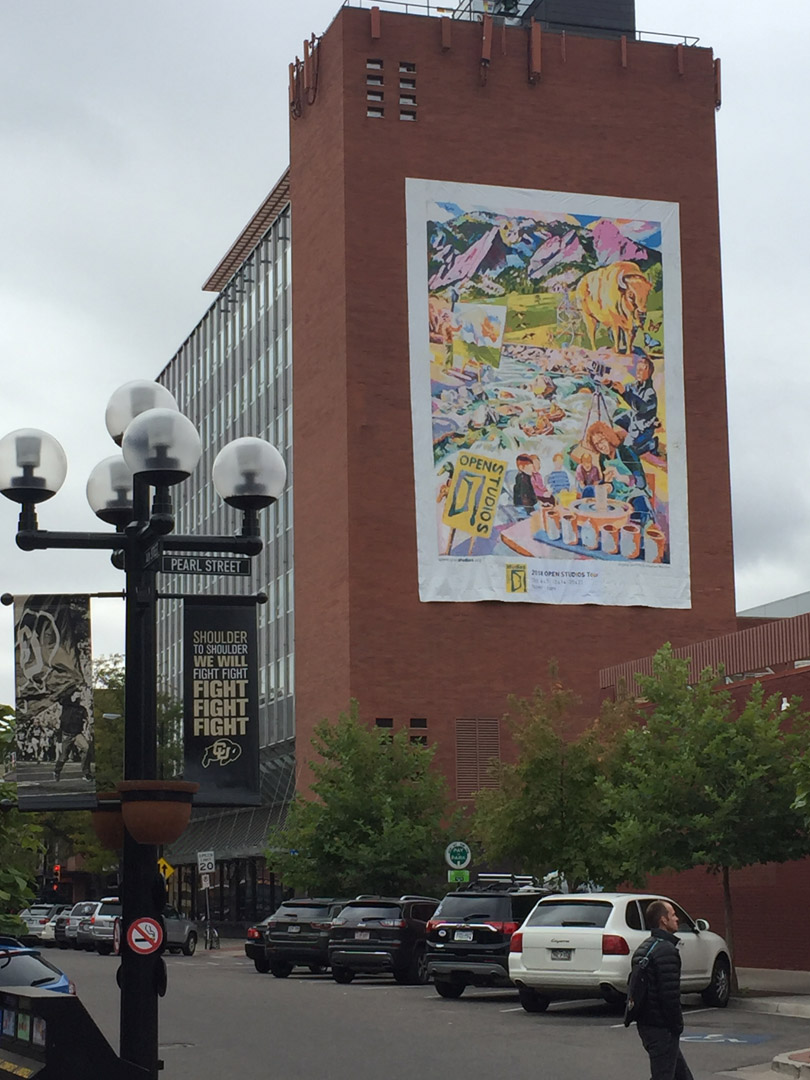 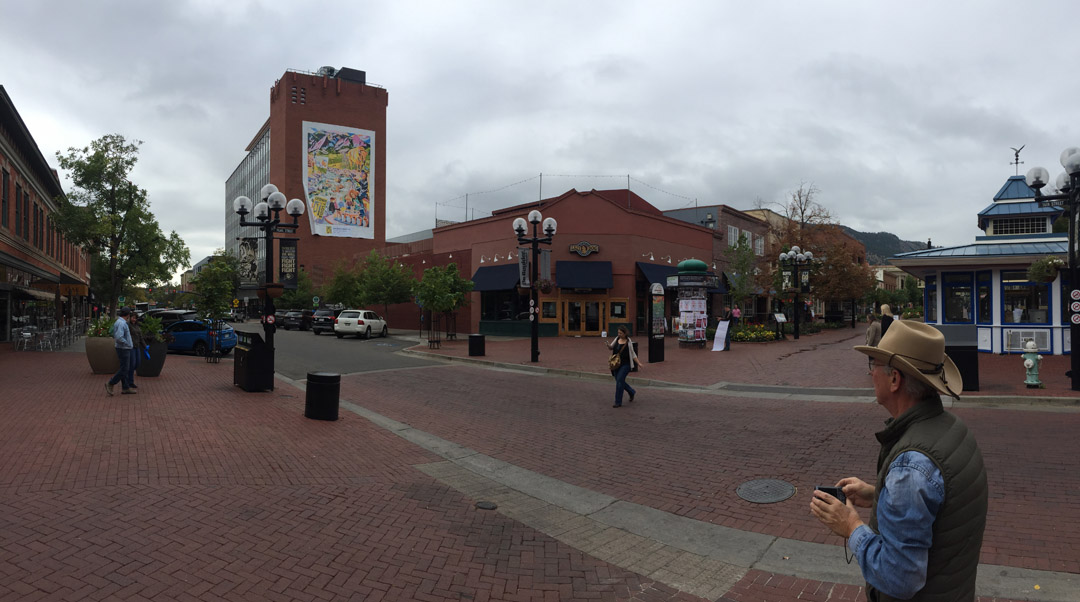